The harp seal is also called the Greenlandic seal or silk seal: its skin is glossy and soft, and shines like silk. The harp seal is characterized by its natural grey colour and sporadic spots scattered over the skin. Some sealskins have many spots, some have few. The same goes for the harbor seal. The ringed seal is the seal most commonly associated with Greenland: its skin is light grey, with prominent markings in various shades of grey, in some cases almost black. Sealskin is produced from both longhaired and shorthaired ringed seals: the longhaired skin has a more furry appearance, while the shorthaired skin is smoother.

Today, as in the past, the majority of people in Greenland live in close connection to the sea and the natural world of the Arctic. They engage in hunting activities that sustain them and contribute to their income. This is a lifestyle, a culture and a tradition, and it provides local food for the Greenlanders: everything is used from the animal, so the seals continue to be an important part of everyday life.

Campaigns against seal hunting over more than forty years have dramatically damaged life for the Arctic’s Inuit people: while Inuit sealskin is still legal, exports have reduced by almost ninety percent. This threatens the existence of small coastal communities, who live sustainably and ethically – providing an inspiration for how other lifestyles must change to confront today’s global environmental challenges.

“I think there is a need for more new stories – there is so much to say with seal.“

All sealskin used in the production of the Seal Bell is legal, quota regulated and traditionally hunted in Nordic Nature and approved by the EU for sale, production and import. 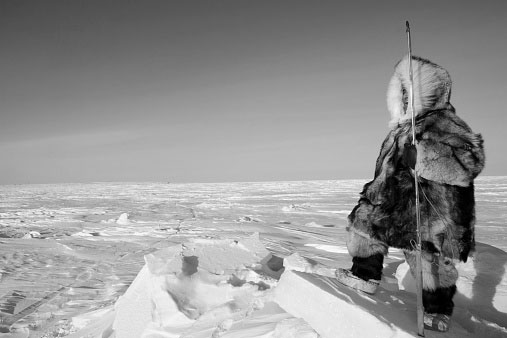